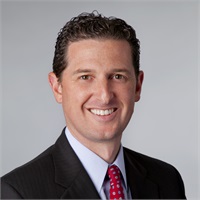 Eric Spindt has been President & Managing Partner of Commonwealth Financial Group (CFG) since 2014. He leads the development of the firm's strategic outlook, the mentoring of CFG financial professionals, and the expansion of the firm throughout New England. Eric is also responsible for evolving CFG’s expertise, infrastructure, and planning process to differentiate CFG financial professionals from the rest of the industry. An industry leader and innovator, he is a pioneer in special care planning and a sought-after consultant and speaker for CFG’s efficiency planning and design expertise. CFG has doubled its number of agents and geographical footprint under his leadership.

Eric is a designated CFP® practitioner and Certified Leadership Fellow. He was recognized as a "Forty under 40" executive by the Portland Business Journal in 2014.

He holds a bachelor’s degree from Brandeis University and resides in Framingham, MA with his wife Jennifer, and their three children.