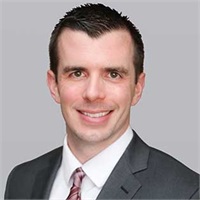 In Justin’s current role as the Chief Administrative Officer, he focuses on performance management of the firm as a whole.

Justin has a Bachelors in Business Administration with a marketing focus from the University of New Hampshire, and an MBA in finance from Northeastern University.

He currently resides in Derry, NH with his wife, Brandi, and daughters, Chloe and Kenzie. In his spare time, he enjoys spending time with his family and pursuing physical fitness.